Kangana Ranaut shared a post on her social media handle mentioning that she is going to file a case against Filmfare. She also revealed the reason for this.

Revealing the reason, Kangana wrote a long note on Insta. In the post, she mentions, “I’ve banned unethical, corrupt and totally unfair practices like @filmfare since 2014, but since I have been getting many calls from them for attending their award function this year as they want to give me award for Thalaivii… I am shocked to know that they are still nominating me. It is beneath my dignity, work ethics and value system to encourage such corrupt practices in anyway, that is why I have decided to sue @filmfare … thanks,” 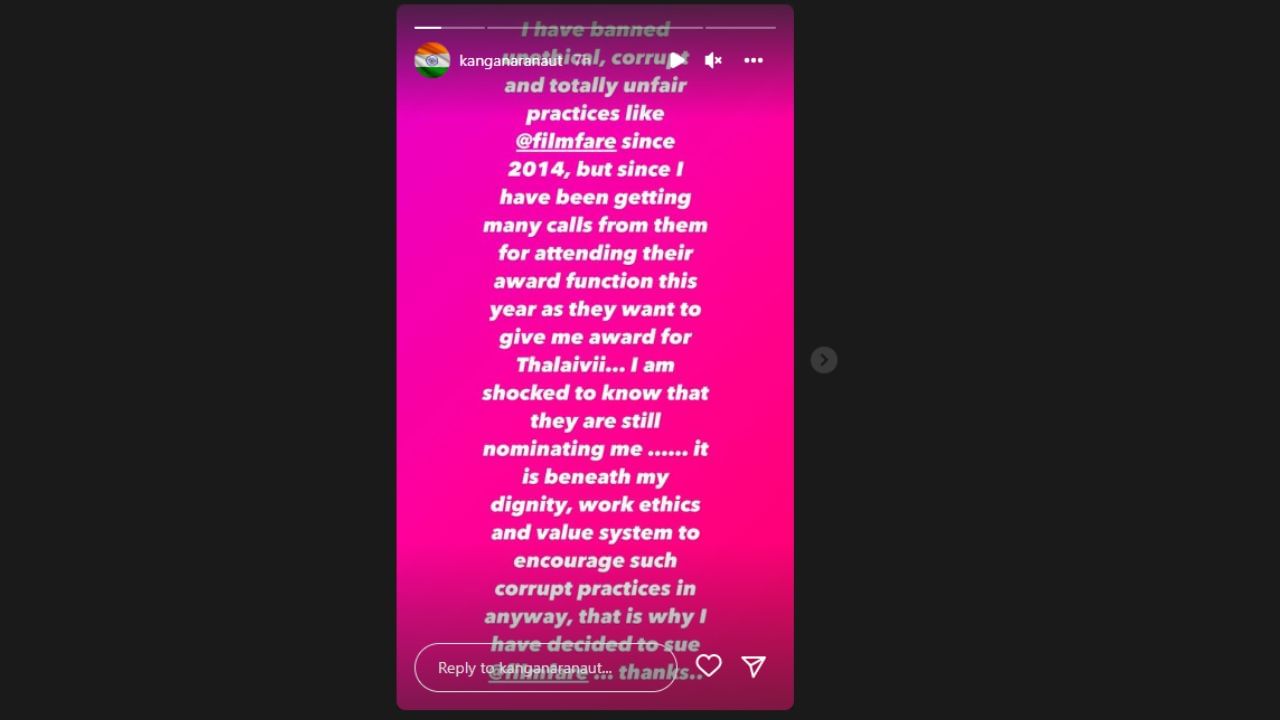 However, now Filmfare has responded and called Kangana’s allegations false. It also said that her nomination in the Best Actress category is being cancelled. 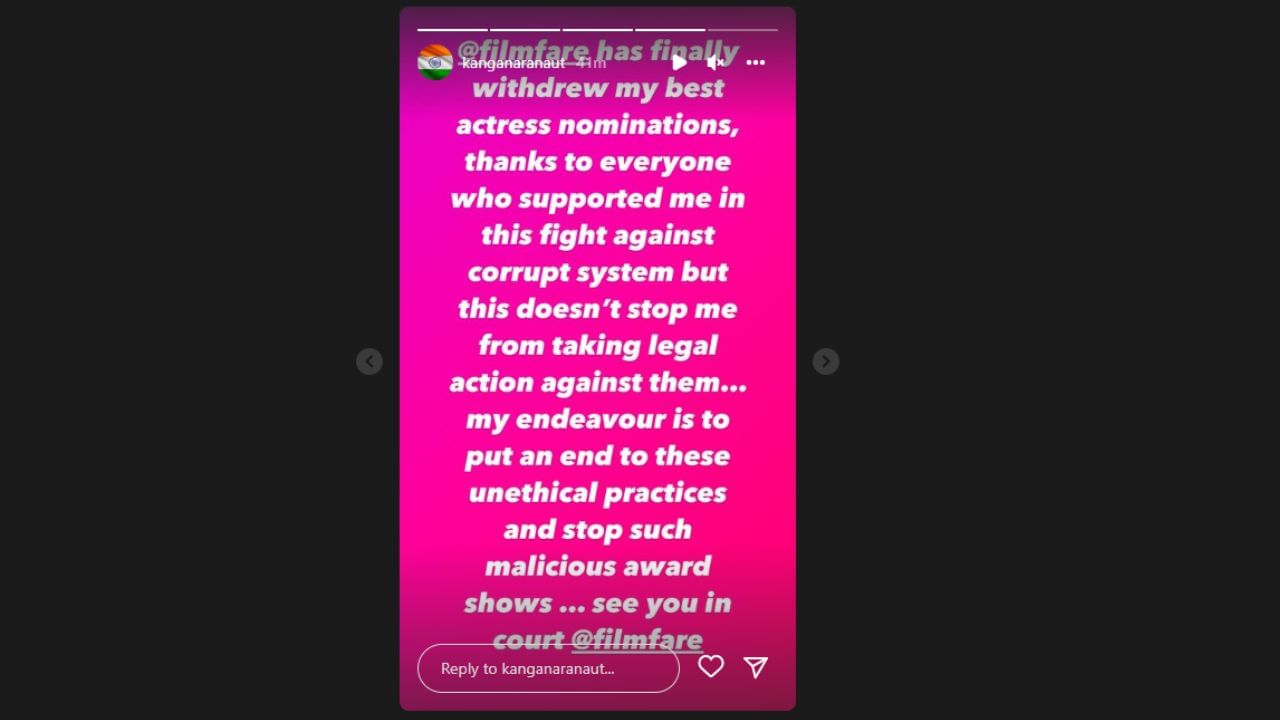 Kangana was nominated for Best Actress for ‘Thalaivi’ this year along with Kiara Advani, Kriti Sanon, Parineeti Chopra, Taapsee Pannu and Vidya Balan.

Kangana also asked to boycott the Grammys and Oscars

A few months back, Kangana had called people to boycott Oscars and Grammys because of Lata Mangeshkar’s tributes. At the time, Kangana Ranaut wrote on her Instagram account, “We must take strong stands against any local awards who claim to be international and yet ignore and intentionally sideline legendary artists because of their race or ideologies. Both Oscar and Grammy failed to give tribute to Bharat Ratna Lata Mangeshkar ji. Our media should totally boycott these biased local events who claim to be global awards,”.

Back to Top
Close

Your password reset link appears to be invalid or expired.

To use social login you have to agree with the storage and handling of your data by this website. %privacy_policy%

Hey Friend! Before You Go…

Get the best viral stories straight into your inbox before everyone else!

Don't miss out on new posts!